Relive the past with a guided tour of Muckross House, a magnificent Victorian Mansion where the elegantly furnished rooms portray the lifestyles of the landed gentry. See the National Park and the Lakes of Killarney by traditional jaunting car from here. Nearby witness the lifestyles and farming traditions of a rural working community in the 1930s carrying out their daily tasks.

Within Killarney National Park, there are Bronze Age copper mines, the monastic site of Innisfallen, the fifteenth century tower house known as Ross Castle, the Franciscan Friary of Muckross Abbey of the same period, estate mansions and picturesque cottages.

Situated in south-west Ireland, close to the most westerly point in Europe, the National Park includes over 10,000 hectares of mountain, woodland, waterways, parks and gardens.
Muckross House is one of Ireland's most popular visitor attractions. This magnificent Victorian Mansion was built in 1843 and forms the centrepiece of the equally renowned Killarney National Park. The elegantly furnished family rooms in the upper floors and the spartan service quarters in the basement clearly depict the 'upstairs-downstairs' divide of that era.

Founded by the Franciscans in the 15th century, (built in 1448) this unique Abbey was plundered in 1652. Although a ruin, the building is in a remarkable state of preservation with the walls of the Cloister and its associated buildings in their original complete state. Access is all year round and admission is free. Guide on duty June to September.

The Abbey was a gift from MacCarthy Mor and was dedicated to the Holy Trinity. The Friars were in residence until about 1589. O’Donoghue and MacCarthy chieftians are buried there. It is the resting place of the great Sliamh Luachra poets, Aogan ORahaille, Eoghan Rua O’Suilleabhain and Piaras Fertear. It is one of the finest examples of a medieval Irish monastry.

The nearby Muckross Traditional Farms are full working examples of rural life in the 1930's. Take a stroll down memory lane to a time before the advent of electricity when all work was carried out using traditional methods. Meet and chat with the farmers and their wives as they go about their daily working in the houses, baking, milling and thatching, on the land and with the animals.

Together with the craft workshops in Muckross House, the superb extensive Gardens and the surrounding National Park, this is an area of intense beauty and historical interest. An experience not to be missed and never to be forgotten.

Muckross House is open all year and the Traditional Farms are open May - September with limited opening during Mar-April - October.

Entrance to the National Park and Muckross Gardens is free. 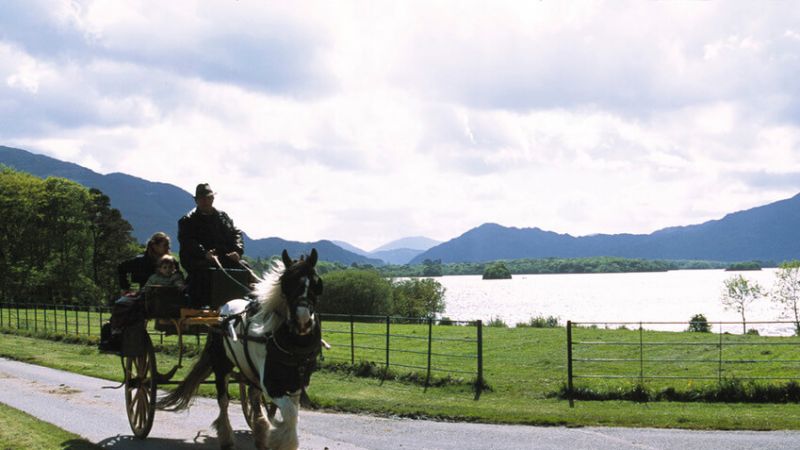 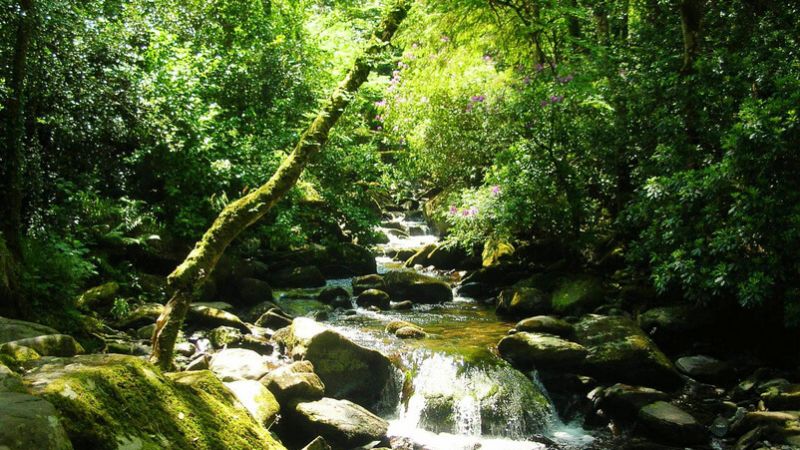 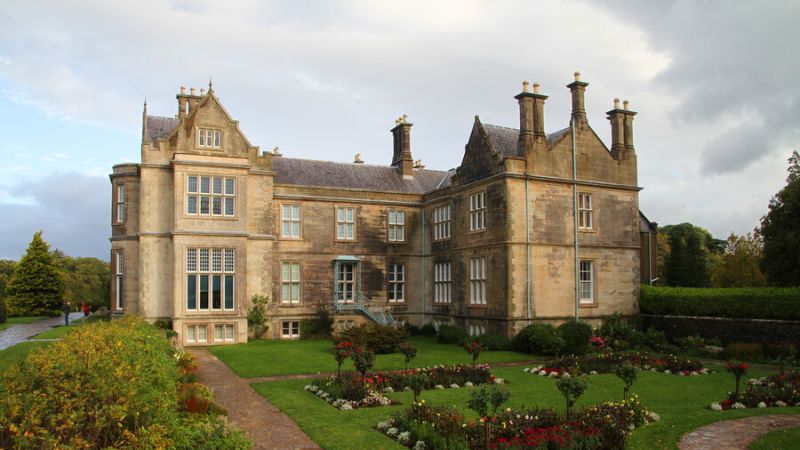 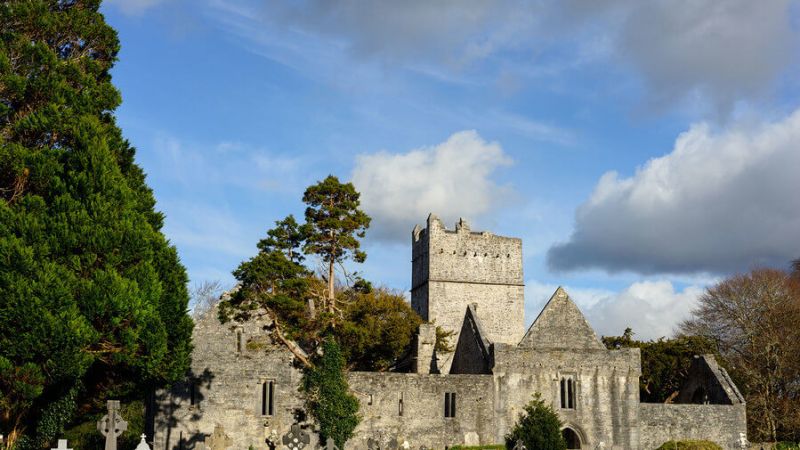 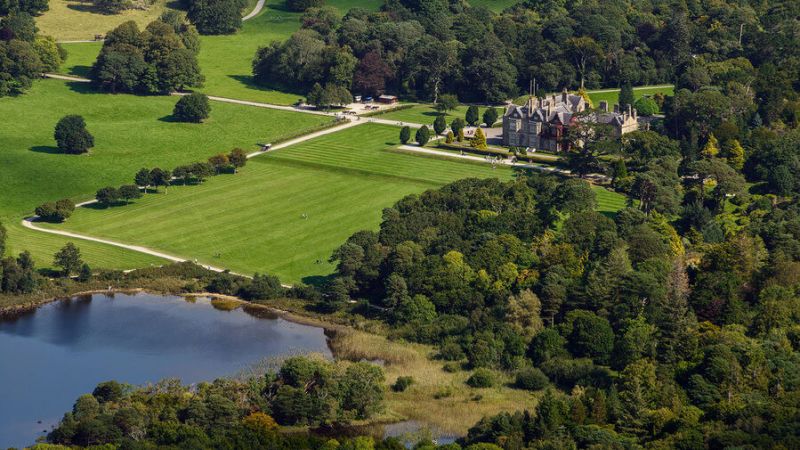 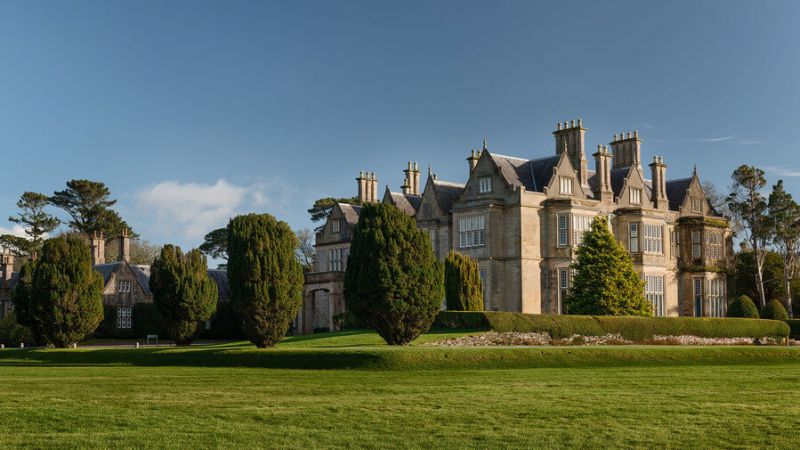