These eight ogham stones can be seen beside the road near Beaufort village, only six miles from Killarney. Ogham is the oldest known form of Irish writing. It consists of four sets of strokes, each set containing five letters that are made of one to five strokes. This gives a total of twenty letters. Inscriptions included the name of a person and their predecessors. They were often used for memorials.

Kerry Writers’ Museum Listowel celebrates the unique literary tradition of North Kerry through interactive audio-visual equipment. Each of Listowel’s celebrated literary greats has their own designated ‘Writer’s Room’ (John B Keane, Bryan MacMahon, Brendan Kennelly and Maurice Walsh). Each room contains a host of audio and written material, including recordings of local actors reading and performing excerpts from the various writers’ works. The Writers’ Rooms also all include art installations and reconstructions, which help bring each writer’s works to life.

Kenmare was designated a Heritage Town by Failte Ireland. The town was designated under the theme a "Planned Estate Town". The Centre was officially opened in June 1994 by the then President of Ireland, Ms. Mary Robinson. There is ample parking outside the Centre.

The Centre covers various themes including Famous Visitors to Kenmare, The Nuns of Kenmare, Kenmares history and historical sites, Effects of the Famine on Kenmare and the Landlords of Kenmare. The Centre also has a Kenmare Lace Exhibition.

An integral part of the Experience of the Kenmare Story is to visit the Historical sites after visiting the Centre. The Heritage Trail map will show you at first hand some of the delights of Kenmare. All the sites are within walking distance from the Centre and the trail takes about 40 minutes to complete and must be pre-booked.

An old monastery was founded here by St. Finian the Leper in the 7th century. It is referred to as existing in 992, and a stone church here dates to 1044.

The nearby round Tower has been much altered, but it still stands to a height of about 22 feet. In a field to the south-west of the church is Parkavonear Castle dating from the 13th century. The two storeys which remain are joined by a staircase within the wall, and the first floor has the remains of a fireplace.

This old cottage, built of stone and mud is a relic of famine times in Ireland. See how a large Irish family lived during famine days, through this Dingle Peninsula dwelling.

Located about an hour's drive from Earls Court House Hotel, The Blarney Stone is a block of bluestone built into the battlements of Blarney Castle, Blarney, and according to legend, kissing the stone endows the kisser with "the gift of the gab" (great eloquence or skill at flattery). The stone was set into a tower of the castle in 1446. The castle is a popular tourist site in Ireland, attracting visitors from all over the world to kiss the stone and tour the castle and its gardens. 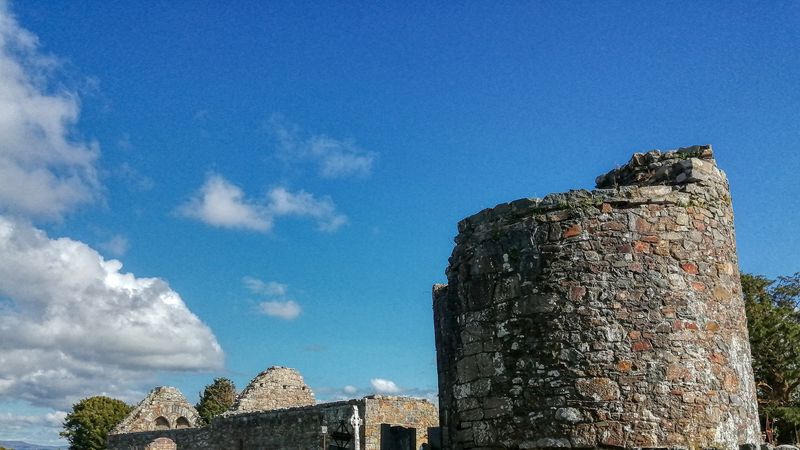 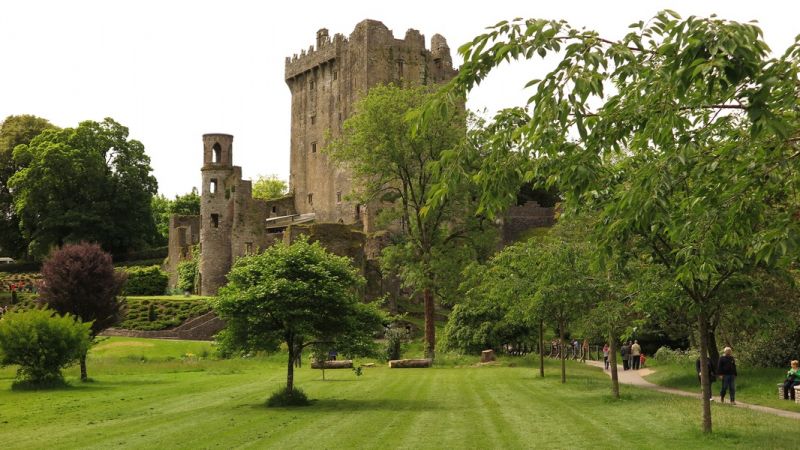 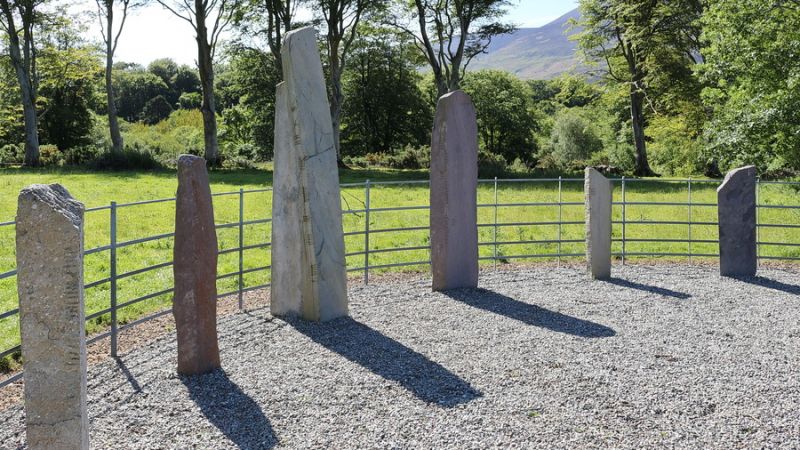 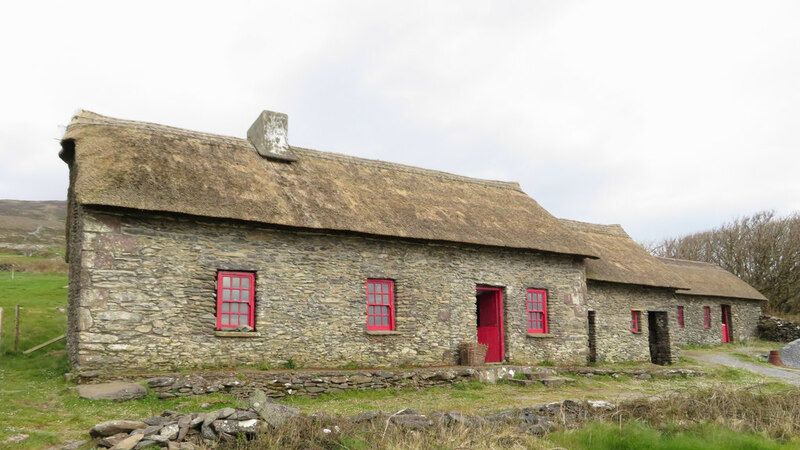 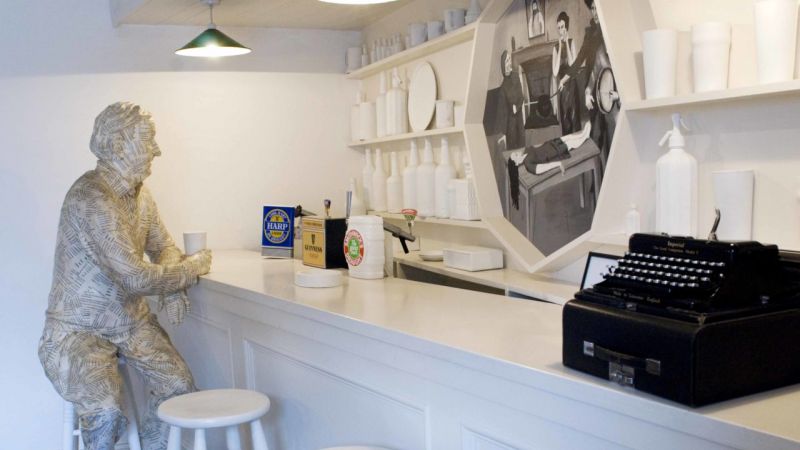